In Wishmere, managing your meters (resources) are very important. In total, there are 3 resources to keep an eye on: Super Meter, Fate and Edge.

As each resource can be utilized in various circumstances, it is impor

tant to take note of the character you are playing and the strategy you mean to employ. Characters may have certain strengths that are amplified with a resource, and may have a weakness that is covered up by a resource.

For example, a maximum damage combo may cost Super Meter, Fate and Edge all in one, but if a character has weak health or weak defense, it may be a good idea to keep the Fate Gauge full for use of Fate Break. Depending on the situation, character and strategy, different meters may prove to be more useful. 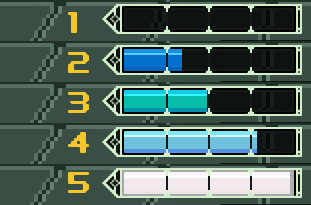 Super Meter is the primary resource in the game. It is used to perform Super Arts and Ultimate Arts, both collectively known as Supers. Super Meter is gained by making contact with opponents by using normal attacks (Light and Hard Attacks) and Abilities or by taking damage from opponents. You gain more Super Meter by hitting your opponents, while you gain slightly less if your opponent guards your attacks.

The Super Meter is located at the bottom of your player screen. It consists of 4 stocks. Visually, the meter is divided into 4 parts, with each part representing 1 stock.

Fate Gauge is the vertical gold gauge located on the right side of the player HUD.

Take note that each character has their own fill rate and cooldown time for Fate, as per the tables below: 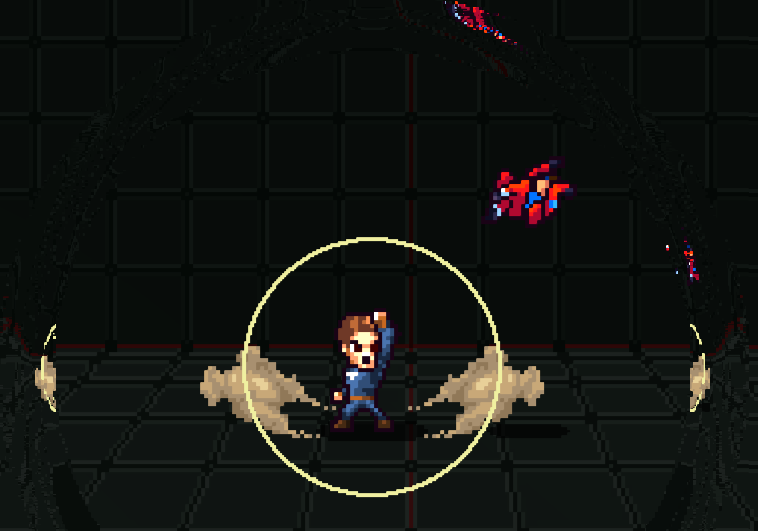 Fate Advance is the source of many strategies

To perform a Fate Advance, depending on your control scheme, press any attack button +

(for Fighter config); or press the Fate button (

) (for the Shortcut config).

Fate Advance cannot be done when guarding or taking damage, and inputting the command during these conditions will make your character perform a Fate Break.

Fate Advance (FA, or just Advance) is a flexible maneuver that slows down time for a brief period of time (3.5 seconds total active time). During this time, the opponent will be affected by a time slowed state, while the summoning player can move around without any effect.

Fate Advance can be done standalone or it can also be used to cancel any attack or animation (all attacks and movements besides guard or taking damage). The ability to cancel an attack's recovery or contact time makes Fate Advance a fantastic tool for extending blockstrings, combos or getting out of disadvantageous move recovery. 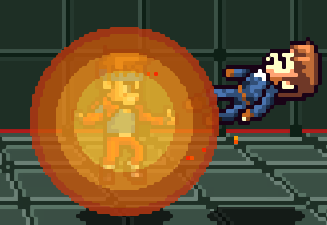 To perform a Fate Break, when guarding or taking damage and depending on your control scheme, press any attack button +

(for Fighter config); or press the Fate button (

) (for the Shortcut config).

Fate Break (FB, or just Break) is a defensive maneuver that is used to gain space from an opponent or break out of combos / damage. When performing a Fate Break, a character is invincible to all attacks during startup and execution, however your character is vulnerable once the hitbox of the gold sphere disappears. Due to the recovery time of a Fate Break, be careful and make sure that your Fate Break will hit the opponent.

You are unable to Fate Break when you are hit by certain types of moves:

If you perform a Fate Break, your Fate Gauge will refill at a slower rate than usual. Below a table showing the fill rate, taking into account cooldown time.

As fill rates after a Fate Advance and a Fate Break differ in time, comparing the two fill times show that some characters are at a slightly less of a disadvantage than others:

Overall, the Fate gauge is extremely important, as it is a source of maximum damage combos, intricate setups and also a way to escape damage. Several factors play a large part on deciding on which and when to use Fate, such as:

Edge is unique and resource-based maneuver that accentuates a character's playstyle. Every character has their own unique Edge. Not every Edge move is an attacking move: some Edge moves are instant teleports like Pandy's, while Sabson's summons two helpers that follow him and can attack on command.

Edge moves can only be performed when the character's Edge resource has been filled up, and the rate and nature of their resource is character dependent. Most of the characters in Wishmere gain their Edge gauge over time and have a singular gauge for their Edge. The only two exceptions to this are Pandy and Sabson.

The purpose and details of each character's Edge is unique and is detailed in the Character page.

Each character's Edge move is particularly powerful and potentially game changing if used properly. An Edge move is usually performed by pressing

In a war of resources, you'll want to avoid getting a Malign Penalty

You can reduce the 'counter' for a Malign Penalty on your character by:

However, if your opponent's attack makes contact with your character (hit or guarded), your Malign Penalty 'counter' will not reduce. Though, if your character is in close vicinity of your opponent, the counter will reduce by a small amount.Malign Penalty only applies to 1v1 Versus battles. Do note that, irregardless of the starting number of players (i.e. if it is 1v1v1 or 1v1v1v1), Malign Penalty rules will apply to the last two surviving players of the Versus battle.